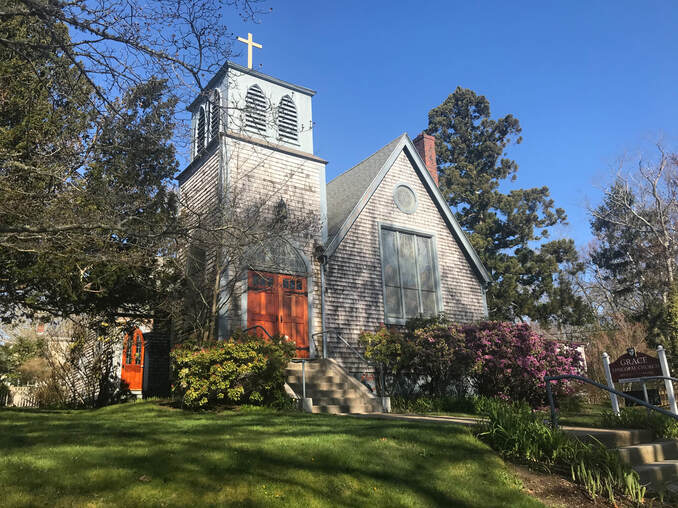 All music printed by permission in accordance with ONE LICENSE, License #A-734784.   Permission to podcast/stream the music in this service obtained from ONE LICENSE with License #A-734784.
All rights reserved.
Welcome & Announcements:  The Rev. Stephen Harding
Throughout the service, the people remain muted, but join in the responses in bold in the
bulletin, voiced by Ann Palches
Prelude 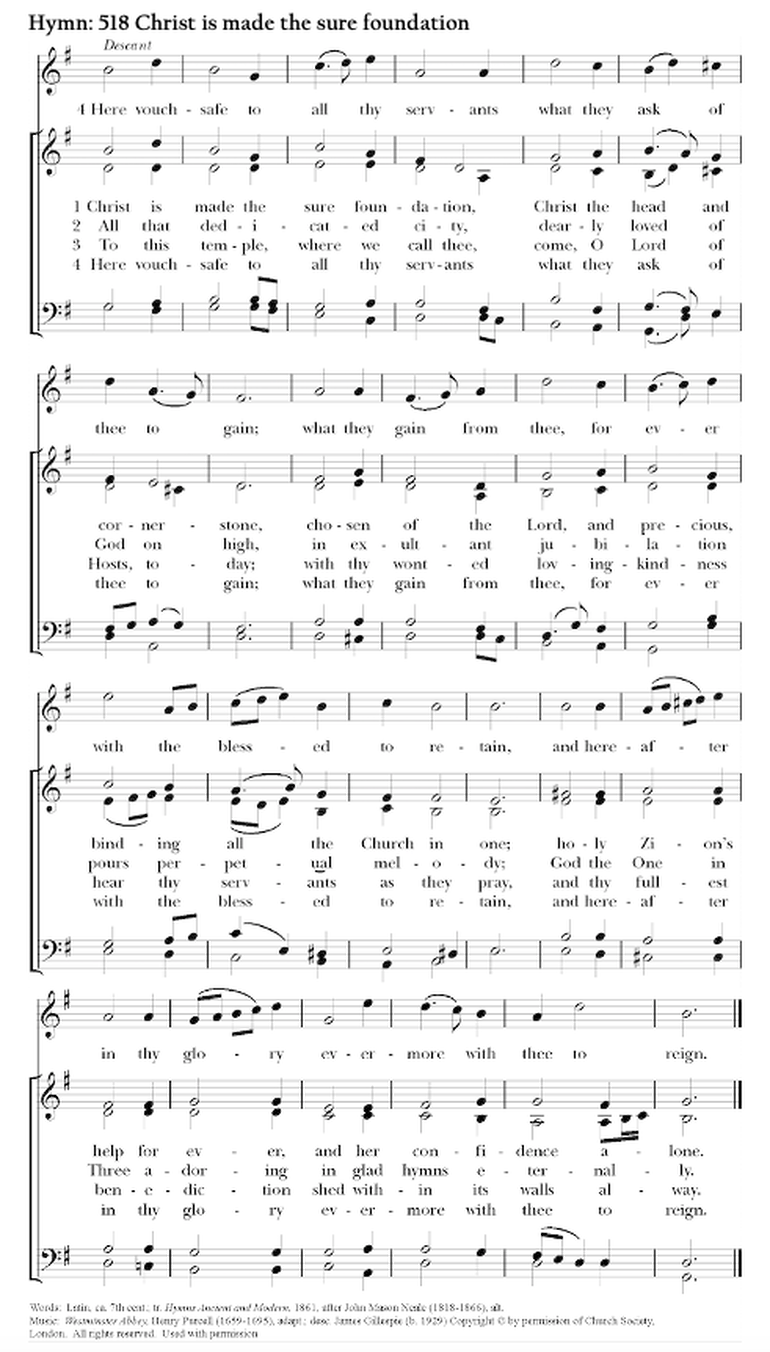 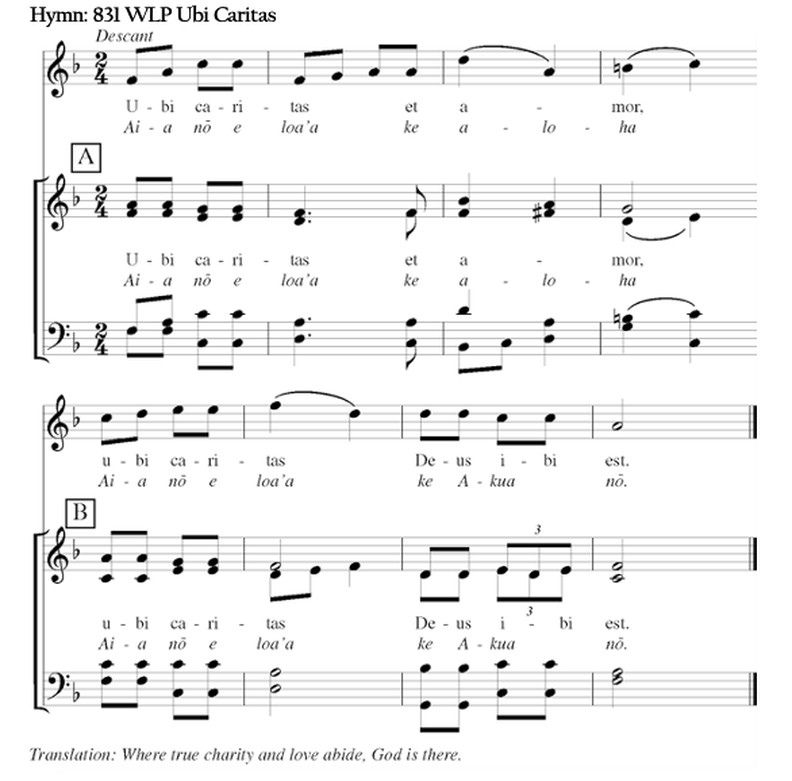 Psalm 114  read by John Hickey
​
Hallelujah!
When Israel came out of Egypt, *
the house of Jacob from a people of strange speech,
Judah became God's sanctuary *
and Israel his dominion.
The sea beheld it and fled; *
Jordan turned and went back.
The mountains skipped like rams, *
and the little hills like young sheep.
What ailed you, O sea, that you fled? *
O Jordan, that you turned back?
You mountains, that you skipped like rams? *
you little hills like young sheep?
Tremble, O earth, at the presence of the Lord, *
at the presence of the God of Jacob,
Who turned the hard rock into a pool of water *
and flint-stone into a flowing spring.

Glory to the Father, and to the Son, and to the Holy Spirit: as it was in the
beginning, is now, and will be for ever. Amen.

The Lessons
A Reading Exodus 14:19-31  read by Bernadine Prygrosky

The angel of God who was going before the Israelite army moved and went behind them; and the pillar of cloud moved from in front of them and took its place behind them. It came between the army of Egypt and the army of Israel. And so the cloud was there with the darkness, and it lit up the night; one did not come near the other all night.

Then Moses stretched out his hand over the sea. The Lord drove the sea back by a strong east wind all night, and turned the sea into dry land; and the waters were divided. The Israelites went into the sea on dry ground, the waters forming a wall for them on their right and on their left. The Egyptians pursued, and went into the sea after them, all of Pharaoh’s horses, chariots, and chariot drivers. At the morning watch the Lord in the pillar of fire and cloud looked down upon the Egyptian army, and threw the Egyptian army into panic. He clogged their chariot wheels so that they turned with difficulty. The Egyptians said, “Let us flee from the Israelites, for the Lord is fighting for them against Egypt.”

Then the Lord said to Moses, “Stretch out your hand over the sea, so that the water may come back upon the Egyptians, upon their chariots and chariot drivers.” So Moses stretched out his hand over the sea, and at dawn the sea returned to its normal depth. As the Egyptians fled before it, the Lord tossed the Egyptians into the sea. The waters returned and covered the chariots and the chariot drivers, the entire army of Pharaoh that had followed them into the sea; not one of them remained. But the Israelites walked on dry ground through the sea, the waters forming a wall for them on their right and on their left.
​
Thus the Lord saved Israel that day from the Egyptians; and Israel saw the Egyptians dead on the seashore. Israel saw the great work that the Lord did against the Egyptians. So the people feared the Lord and believed in the Lord and in his servant Moses.

The Word of the Lord.
Thanks be to God.
A Reading from Romans 14:1-12 read by Deborah Medders

Welcome those who are weak in faith, but not for the purpose of quarreling over opinions. Some believe in eating anything, while the weak eat only vegetables. Those who eat must not despise those who abstain, and those who abstain must not pass judgment on those who eat; for God has welcomed them. Who are you to pass judgment on servants of another? It is before their own lord that they stand or fall. And they will be upheld, for the Lord is able to make them stand.

Some judge one day to be better than another, while others judge all days to be alike. Let all be fully convinced in their own minds. Those who observe the day, observe it in honor of the Lord. Also those who eat, eat in honor of the Lord, since they give thanks to God; while those who abstain, abstain in honor of the Lord and give thanks to God.
​
We do not live to ourselves, and we do not die to ourselves. If we live, we live to the Lord, and if we die, we die to the Lord; so then, whether we live or whether we die, we are the Lord's. For to this end Christ died and lived again, so that he might be Lord of both the dead and the living.

"As I live, says the Lord, every knee shall bow to me,
and every tongue shall give praise to God."
So then, each of us will be accountable to God.
​
The Word of the Lord.
Thanks be to God. 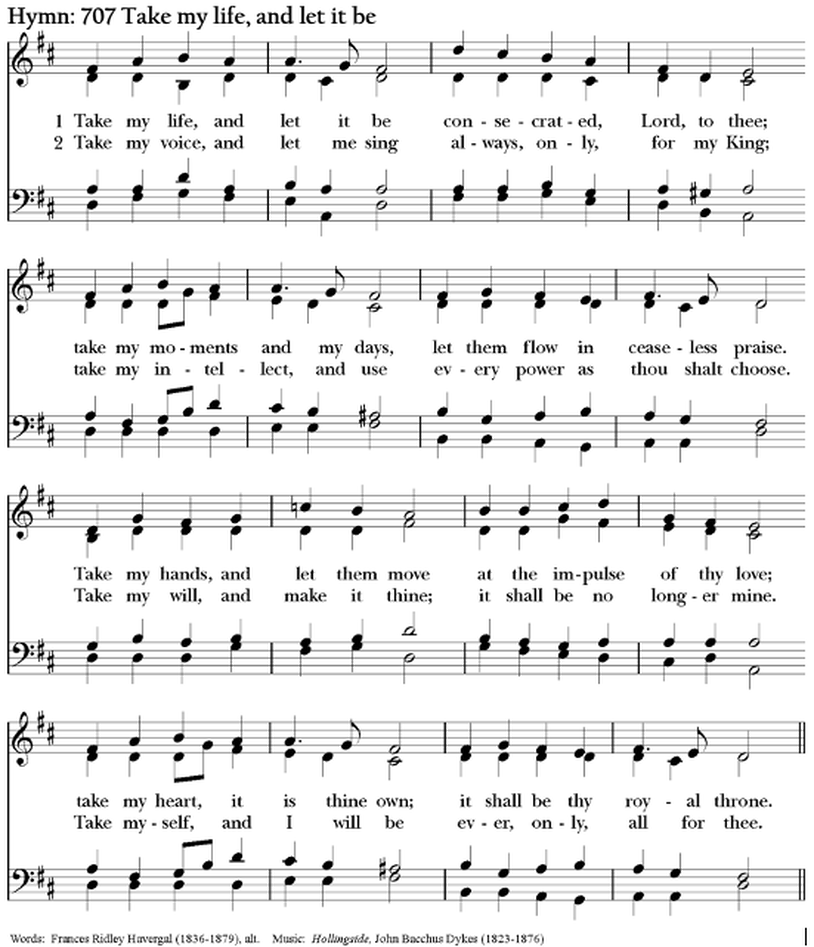 Reading from the Gospel  According to Matthew 18:21-35
​
Peter came and said to Jesus, “Lord, if another member of the church sins against me, how often should I forgive? As many as seven times?” Jesus said to him, “Not seven times, but, I tell you, seventy-seven times.

“For this reason the kingdom of heaven may be compared to a king who wished to settle accounts with his slaves. When he began the reckoning, one who owed him ten thousand talents was brought to him; and, as he could not pay, his lord ordered him to be sold, together with his wife and children and all his possessions, and payment to be made. So the slave fell on his knees before him, saying, ‘Have patience with me, and I will pay you everything.’ And out of pity for him, the lord of that slave released him and forgave him the debt. But that same slave, as he went out, came upon one of his fellow slaves who owed him a hundred denarii; and seizing him by the throat, he said, ‘Pay what you owe.’ Then his fellow slave fell down and pleaded with him, ‘Have patience with me, and I will pay you.’ But he refused; then he went and threw him into prison until he would pay the debt. When his fellow slaves saw what had happened, they were greatly distressed, and they went and reported to their lord all that had taken place. Then his lord summoned him and said to him, ‘You wicked slave! I forgave you all that debt because you pleaded with me. Should you not have had mercy on your fellow slave, as I had mercy on you?’ And in anger his lord handed him over to be tortured until he would pay his entire debt. So my heavenly Father will also do to every one of you, if you do not forgive your brother or sister from your heart.”
​
The Word of the Lord.
Thanks be to God.
Homily                                 The Rev. Stephen Harding
The Collect of the Day

O God, because without you we are not able to please you, mercifully grant that your Holy Spirit may in all things direct and rule our hearts; through Jesus Christ our Lord, who lives and reigns with you and the Holy Spirit, one God, now and for ever. Amen.
​
A Prayer for Education

Almighty God, the fountain of all wisdom: Enlighten by your Holy Spirit those who teach and those who learn, that, rejoicing in the knowledge of your truth, that they may worship you and serve you from generation to generation; through Jesus Christ our Lord, who lives and reigns with you and the Holy Spirit, one God, for ever and ever. Amen. 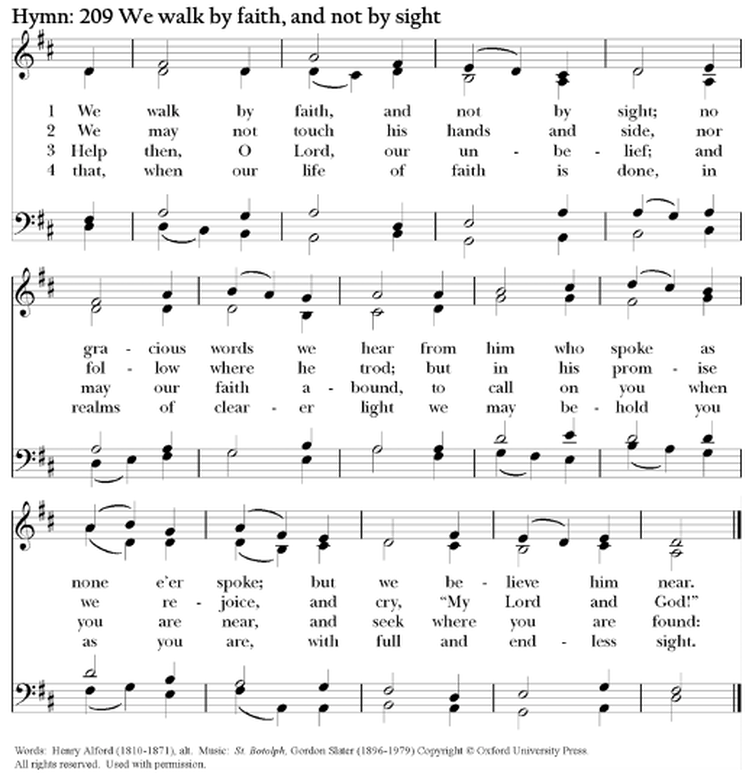 Prayers and Thanksgivings
A Prayer of St. Chrysostom

​Almighty God, you have given us grace at this time with one accord to make our common supplication to you; and you have promised through your well-beloved Son that when two or three are gathered together in his Name you will be in the midst of them: Fulfill now, O Lord, our desires and petitions as may be best for us; granting us in this world knowledge of your truth, and in the age to come life everlasting. 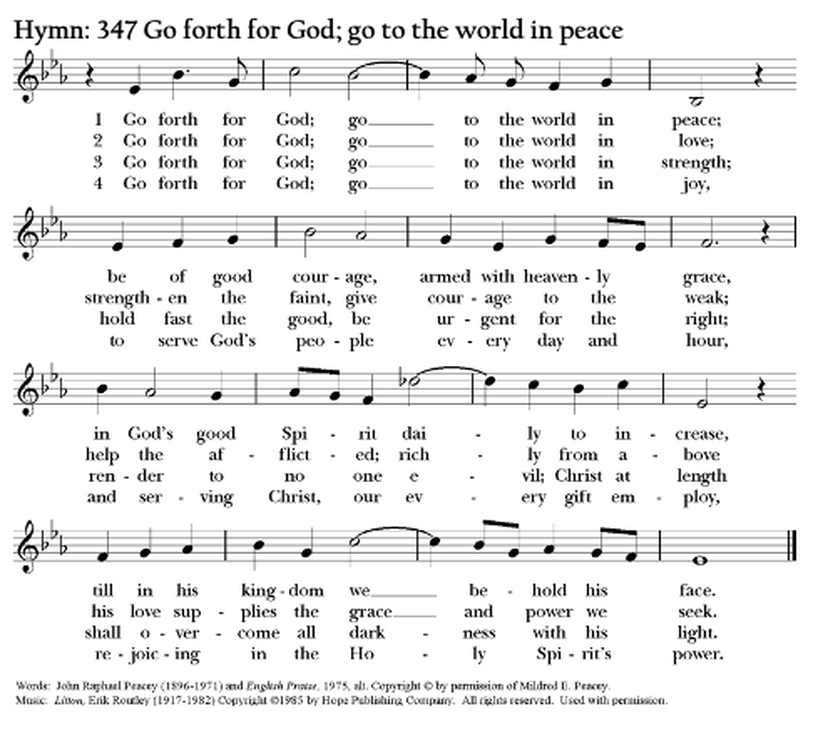 Donald, our President; The Members of Congress; Charlie our Governor, and our elected officials
Our Country, as we prepare for the election.
Donald, Joe, Kamala, and Michael, and their families as they campaign

We give thanks for the ministry of The Rev. Dr. Storm Swain, on the 25th anniversary of her ordination

We give thanks for Maureen & Jack on their 29th wedding anniversary

We give thanks for all our guests who came for lobster rolls this summer, for all of our Volunteers who made it possible; that we were able to have a lobster rolls at all, and for a successful season

We pray for all those who are sick with Covid-19; all those who are dying from it; all who have survived it; those who have died from it; their families; and all who are caring for them
Those who by virtue of their work are putting themselves at risk
Those staying home and practicing social distancing

Ourselves, that we may have the strength to call out injustice and racism
All those embarked on the Sacred Ground program

Those who have died:
Autumn, Bob, Joan, Margaret, Nancy, Terry
George, Ahmaud, Breonna, Philandro, & all those killed because of oppression, hatred or the color of their skin