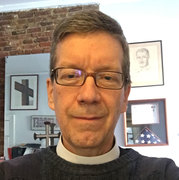 The Rev. Stephen Harding has accepted the call as the rector for Grace Episcopal Church in Vineyard Haven! Harding was the five-year interim rector at St. Peter’s Church in Chelsea, N.Y. He also served as the disaster response coordinator for the Episcopal Diocese of New York, and as the Protestant chaplain for the New York City Fire Department. Before joining St. Peter’s, he served as the senior associate priest at the Church of St. Matthew and St. Timothy in Manhattan, and is a board-certified chaplain with more than 15 years of hospital and hospice experience.
As a board certified chaplain with the American Red Cross, he was active in the World Trade Center recovery effort. He is the editor of a disaster response manual for religious leaders in New York City, and the editor and contributing author of a disaster response training course for chaplains.
The Rev. Harding earned his master of divinity degree from the Union Theological Seminary, a master of sacred theology in spiritual direction from the General Theological Seminary, and is working on a doctor of ministry from the Lutheran Theological Seminary in Philadelphia.
Wes Nagy, Music Director 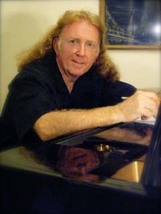 Wes is our Music Man! After a three-year stint in the US Army Band playing trumpet, Wes briefly attended Berklee College of Music in Boston, where he got picked up by Trini Lopez to tour. After moving to New York City,  he did international tours with Bo Diddley, Gary US bonds, Mick Taylor, Ron Wood from the Rolling Stones, Southside Johnny and the Asbury Jukes plus many others, including Broadway shows and studio work. He moved to Los Angeles in '94,  got his Masters in film scoring from USC, and scored over 25 primetime shows while out there. He  moved back to the island full time in 2003, where he has been happy working at Grace,  general contracting and playing with several bands here on the island.

Chris has worked for Grace Church since 2018 as Sexton maintaining the building and grounds. He is a former upholsterer, and sales and service X-ray technician.