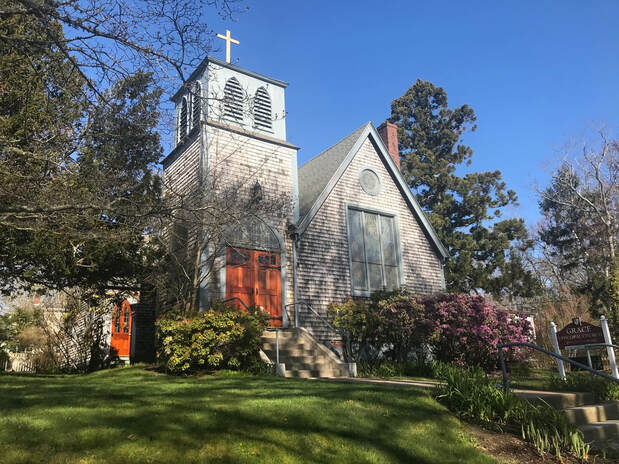 July 26, 2020
All music printed by permission in accordance with ONE LICENSE, License #A-734784.   Permission to podcast/stream the music in this service obtained from ONE LICENSE with License #A-734784.
All rights reserved
Welcome & Announcements:  The Rev. Stephen Harding
Throughout the service, the people remain muted, but join in the responses in bold in the bulletin,
voiced by John Hickey
Prelude

Almighty God have mercy on us, forgive us all our sins through our Lord Jesus Christ,
strengthen us in all goodness, and by the power of the Holy Spirit keep us in eternal life. Amen. 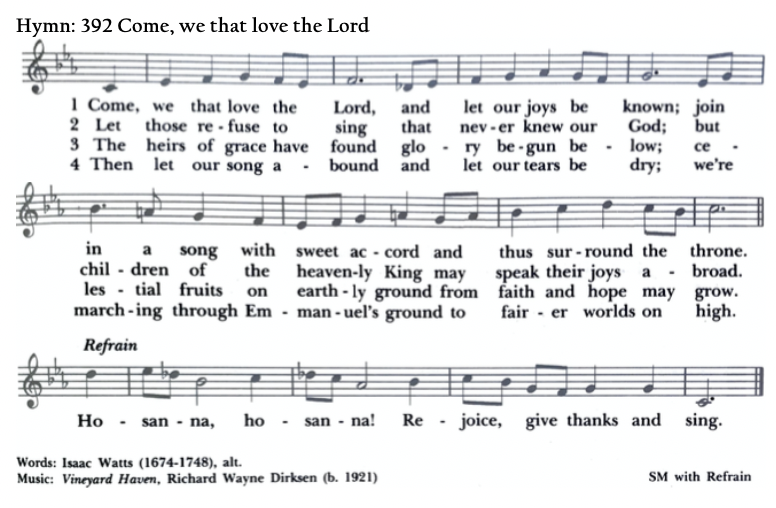 The earth is the Lord's and all that is in it, *
the world and all who dwell therein.

For it is he who founded it upon the seas *
and made it firm upon the rivers of the deep.

"Who can ascend the hill of the Lord? *
and who can stand in his holy place?"

"Those who have clean hands and a pure heart, *
who have not pledged themselves to falsehood,
nor sworn by what is a fraud.

They shall receive a blessing from the Lord *
and a just reward from the God of their salvation."

Such is the generation of those who seek him, *
of those who seek your face, O God of Jacob.
Lift up your heads, O gates;
lift them high, O everlasting doors; *
and the King of glory shall come in.

"Who is this King of glory?" *
"The Lord, strong and mighty,
the Lord, mighty in battle."

Ascribe to the Lord the glory due his Name; *
worship the Lord in the beauty of holiness.

The voice of the Lord makes the oak trees writhe *
and strips the forests bare.

And in the temple of the Lord *
all are crying, "Glory!"

Glory to the Father, and to the Son, and to the Holy Spirit: as it was in the
beginning, is now, and will be for ever. Amen.
The Lessons
​A Reading from Joshua 24:1-15 read by Roger McGary
​
Then Joshua gathered all the tribes of Israel to Shechem, and summoned the elders, the heads, the judges, and the officers of Israel; and they presented themselves before God.  And Joshua said to all the people, ‘Thus says the Lord, the God of Israel: Long ago your ancestors—Terah and his sons Abraham and Nahor—lived beyond the Euphrates and served other gods. Then I took your father Abraham from beyond the River and led him through all the land of Canaan and made his offspring many. I gave him Isaac; and to Isaac I gave Jacob and Esau. I gave Esau the hill country of Seir to possess, but Jacob and his children went down to Egypt. Then I sent Moses and Aaron, and I plagued Egypt with what I did in its midst; and afterwards I brought you out. When I brought your ancestors out of Egypt, you came to the sea; and the Egyptians pursued your ancestors with chariots and horsemen to the Red Sea.  When they cried out to the Lord, he put darkness between you and the Egyptians, and made the sea come upon them and cover them; and your eyes saw what I did to Egypt. Afterwards you lived in the wilderness for a long time. Then I brought you to the land of the Amorites, who lived on the other side of the Jordan; they fought with you, and I handed them over to you, and you took possession of their land, and I destroyed them before you. Then King Balak, son of Zippor of Moab, set out to fight against Israel. He sent and invited Balaam son of Beor to curse you, but I would not listen to Balaam; therefore he blessed you; so I rescued you out of his hand. When you went over the Jordan and came to Jericho, the citizens of Jericho fought against you, and also the Amorites, the Perizzites, the Canaanites, the Hittites, the Girgashites, the Hivites, and the Jebusites; and I handed them over to you. I sent the hornet ahead of you, which drove out before you the two kings of the Amorites; it was not by your sword or by your bow. I gave you a land on which you had not laboured, and towns that you had not built, and you live in them; you eat the fruit of vineyards and olive groves that you did not plant.

‘Now therefore revere the Lord, and serve him in sincerity and in faithfulness; put away the gods that your ancestors served beyond the River and in Egypt, and serve the Lord. Now if you are unwilling to serve the Lord, choose this day whom you will serve, whether the gods your ancestors served in the region beyond the River or the gods of the Amorites in whose land you are living; but as for me and my household, we will serve the Lord.’
​
The Word of the Lord.
Thanks be to God.
A Reading from Acts 28:23-31 read by DiAnn Ray

After they had fixed a day to meet him, they came to him at his lodgings in great numbers. From morning until evening he explained the matter to them, testifying to the kingdom of God and trying to convince them about Jesus both from the law of Moses and from the prophets. Some were convinced by what he had said, while others refused to believe. So they disagreed with each other; and as they were leaving, Paul made one further statement: ‘The Holy Spirit was right in saying to your ancestors through the prophet Isaiah,
“Go to this people and say,
You will indeed listen, but never understand,
and you will indeed look, but never perceive.
For this people’s heart has grown dull,
and their ears are hard of hearing,
and they have shut their eyes;
so that they might not look with their eyes,
and listen with their ears,
and understand with their heart and turn--
and I would heal them.”
Let it be known to you then that this salvation of God has been sent to the Gentiles; they will listen.’

He lived there for two whole years at his own expense* and welcomed all who came to him, proclaiming the kingdom of God and teaching about the Lord Jesus Christ with all boldness and without hindrance.
​
The Word of the Lord.
Thanks be to God 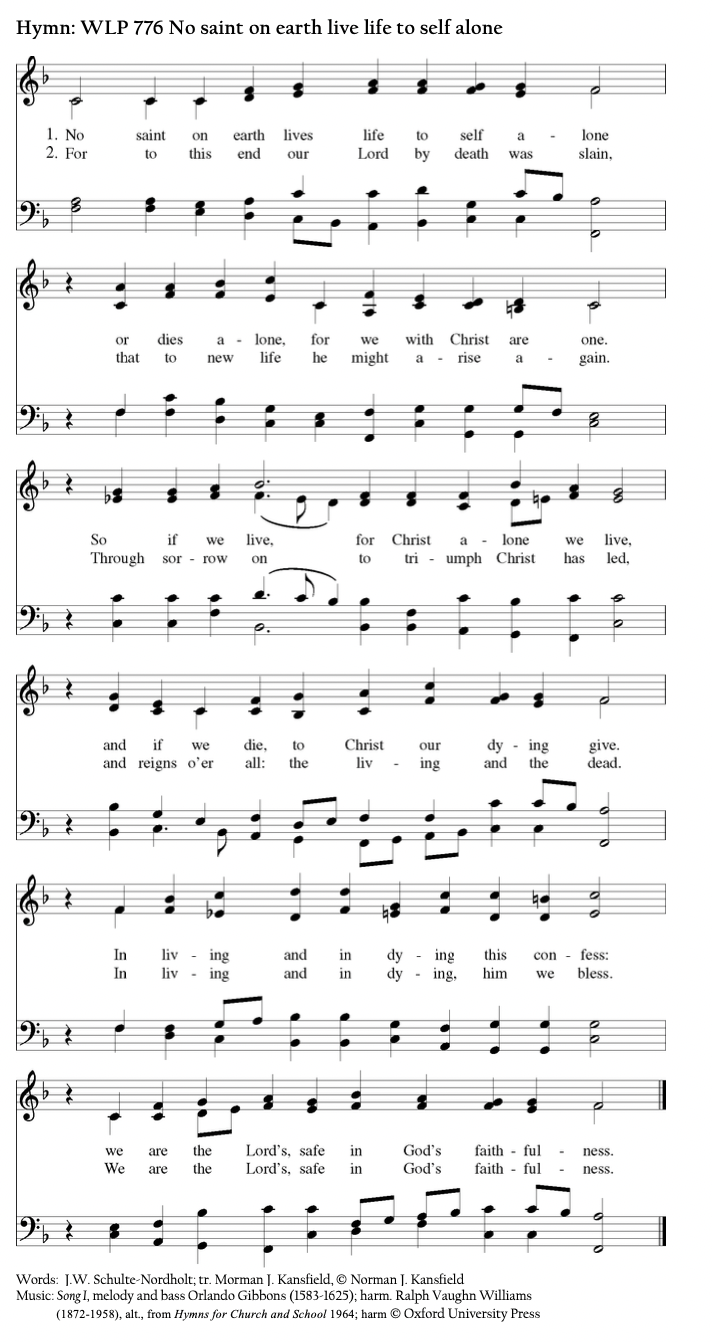 ​O God, the protector of all who trust in you, without whom nothing is strong, nothing is holy: Increase and multiply upon us your mercy; that, with you as our ruler and guide, we may so pass through things temporal, that we lose not the things eternal; through Jesus Christ our Lord, who lives and reigns with you and the Holy Spirit, one God, for ever and ever. Amen.
​ 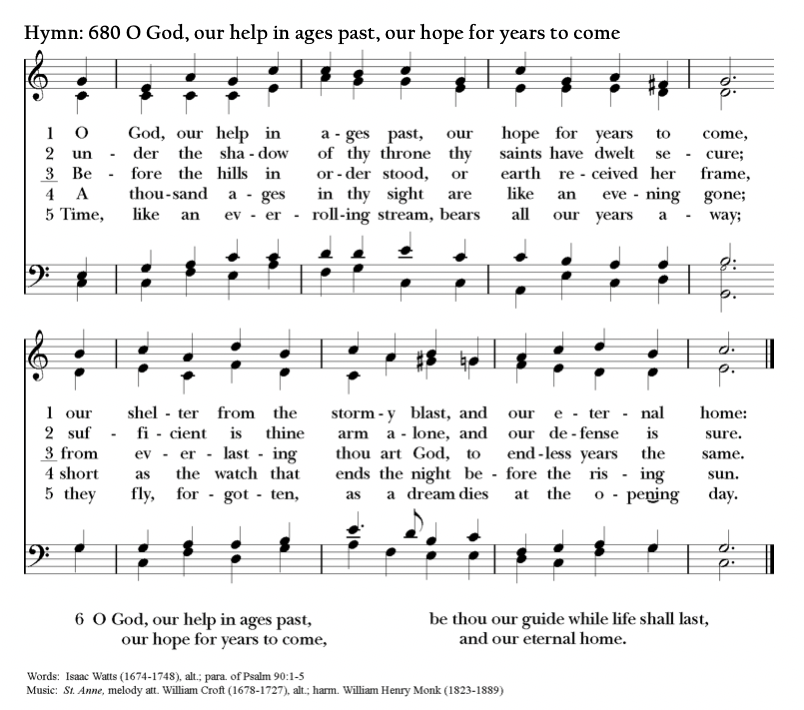 Almighty God, you have given us grace at this time with one accord to make our common supplication to you; and you have promised through your well-beloved Son that when two or three are gathered together in his Name you will be in the midst of them: Fulfill now, O Lord, our desires and petitions as may be best for us; granting us in this world knowledge of your truth, and in the age to come life everlasting.

The grace of our Lord Jesus Christ, and the love of God, and the fellowship of the Holy Spirit, be with us all evermore. Amen.
​ 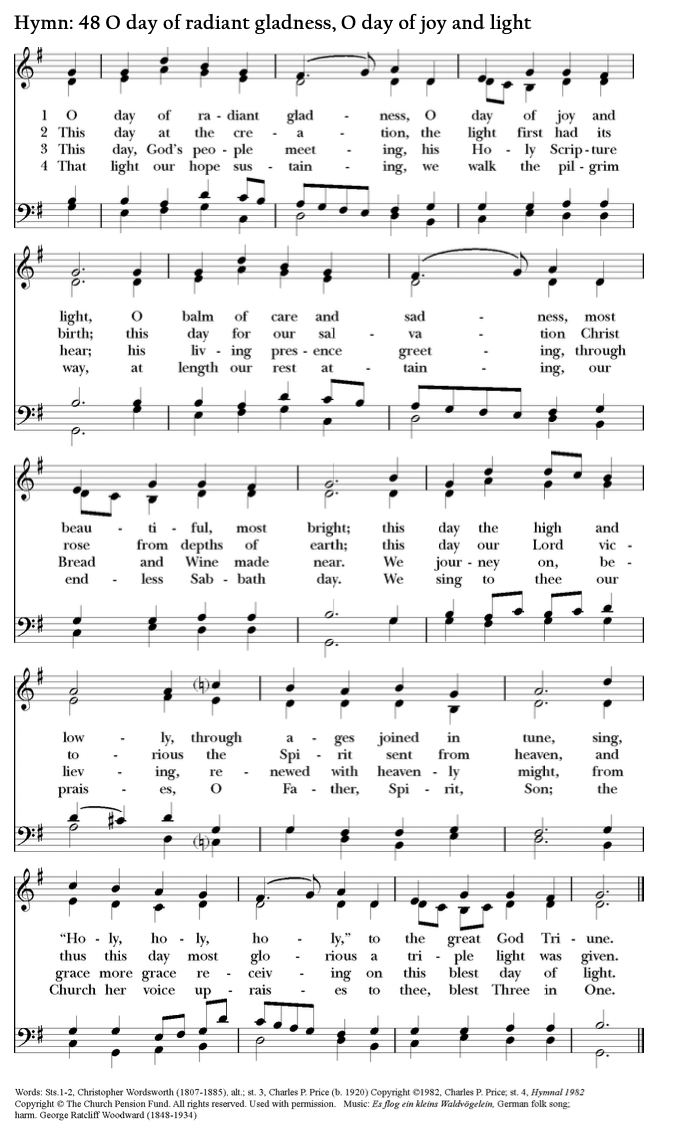 Those who have died:
Allan, Barbara, Joan, Margaret, Robert
George, Ahmaud, Breonna, Philando & all those killed because of oppression, hatred or the color of their skin