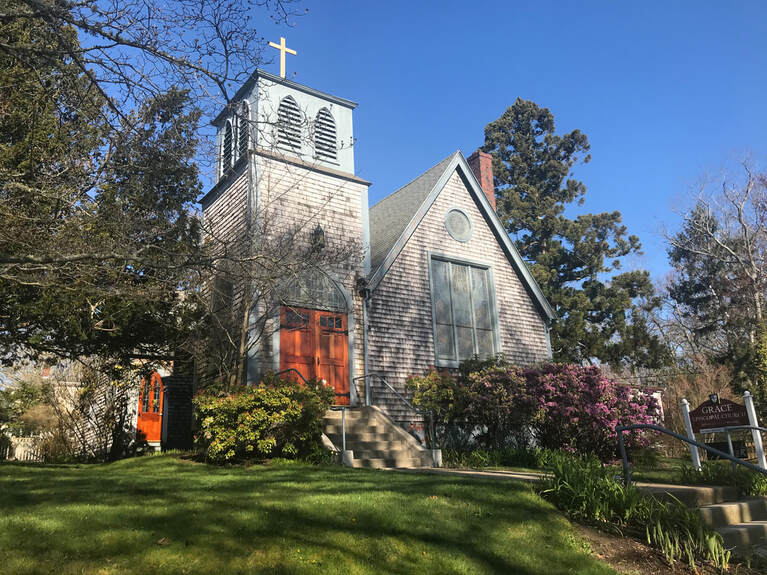 Throughout the service, the people remain muted, but join in the responses in bold in the bulletin,
​voiced by John Hickey
Prelude 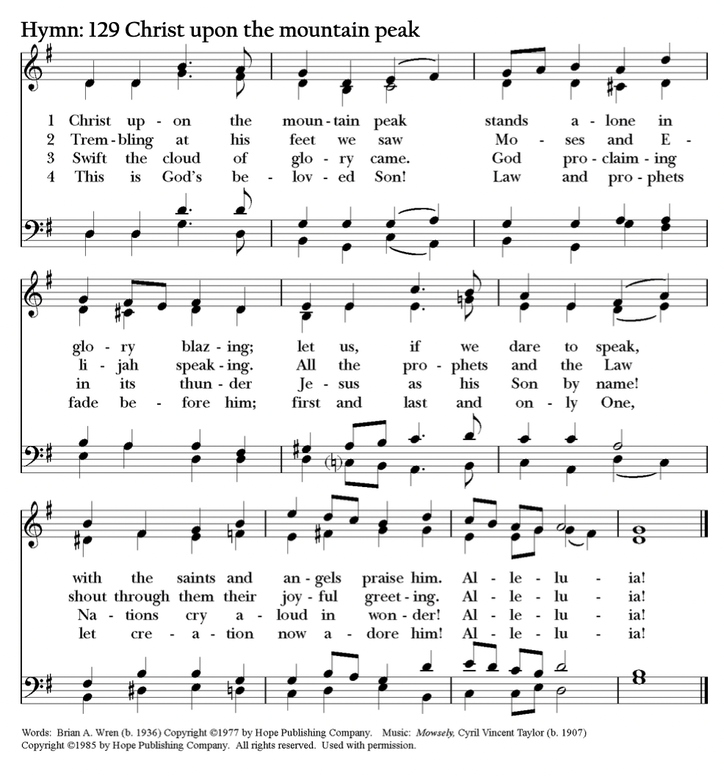 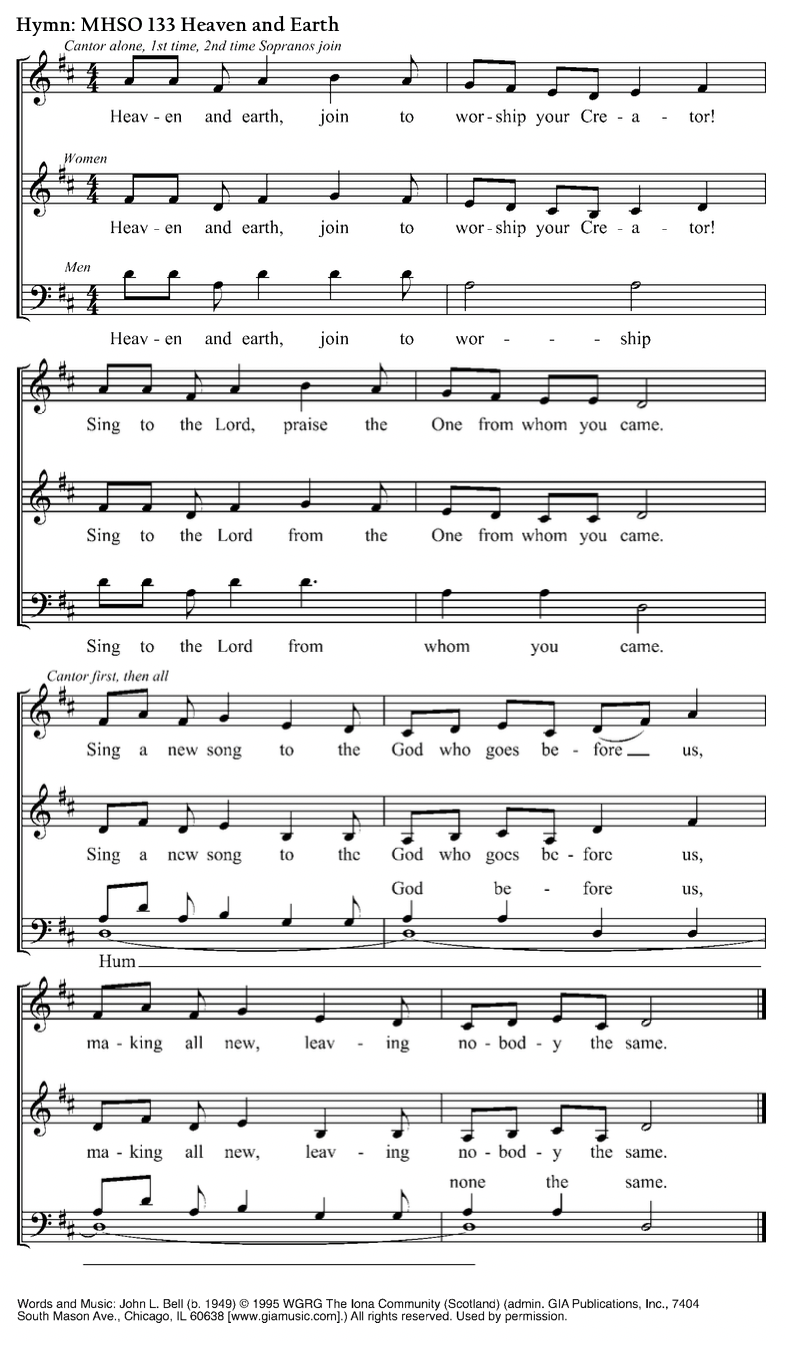 Sing to him, sing praises to him, *
and speak of all his marvelous works.

Glory in his holy Name; *
let the hearts of those who seek the Lord rejoice.

Search for the Lord and his strength; *
continually seek his face.

Remember the marvels he has done, *
his wonders and the judgments of his mouth,

O offspring of Abraham his servant, *
O children of Jacob his chosen.

Then he called for a famine in the land *
and destroyed the supply of bread.

He sent a man before them, *
Joseph, who was sold as a slave.

They bruised his feet in fetters; *
his neck they put in an iron collar.
​
Until his prediction came to pass, *
the word of the Lord tested him.

The king sent and released him; *
the ruler of the peoples set him free.

He set him as a master over his household, *
as a ruler over all his possessions,

To instruct his princes according to his will *
and to teach his elders wisdom.
​
Hallelujah!

Glory to the Father, and to the Son, and to the Holy Spirit: as it was in the
beginning, is now, and will be for ever. Amen.
The Lessons
A Reading from Genesis 37:1-4, 12-28 read by Bernadine Prygrosky
​
Jacob settled in the land where his father had lived as an alien, the land of Canaan. This is the story of the family of Jacob.

Joseph, being seventeen years old, was shepherding the flock with his brothers; he was a helper to the sons of Bilhah and Zilpah, his father’s wives; and Joseph brought a bad report of them to their father. Now Israel loved Joseph more than any other of his children, because he was the son of his old age; and he had made him a long robe with sleeves. But when his brothers saw that their father loved him more than all his brothers, they hated him, and could not speak peaceably to him.

Now his brothers went to pasture their father’s flock near Shechem. And Israel said to Joseph, “Are not your brothers pasturing the flock at Shechem? Come, I will send you to them.” He answered, “Here I am.” So he said to him, “Go now, see if it is well with your brothers and with the flock; and bring word back to me.” So he sent him from the valley of Hebron.

He came to Shechem, and a man found him wandering in the fields; the man asked him, “What are you seeking?” “I am seeking my brothers,” he said; “tell me, please, where they are pasturing the flock.” The man said, “They have gone away, for I heard them say, ‘Let us go to Dothan.’“ So Joseph went after his brothers, and found them at Dothan. They saw him from a distance, and before he came near to them, they conspired to kill him. They said to one another, “Here comes this dreamer. Come now, let us kill him and throw him into one of the pits; then we shall say that a wild animal has devoured him, and we shall see what will become of his dreams.” But when Reuben heard it, he delivered him out of their hands, saying, “Let us not take his life.” Reuben said to them, “Shed no blood; throw him into this pit here in the wilderness, but lay no hand on him” —that he might rescue him out of their hand and restore him to his father. So when Joseph came to his brothers, they stripped him of his robe, the long robe with sleeves that he wore; and they took him and threw him into a pit. The pit was empty; there was no water in it.

Then they sat down to eat; and looking up they saw a caravan of Ishmaelites coming from Gilead, with their camels carrying gum, balm, and resin, on their way to carry it down to Egypt. Then Judah said to his brothers, “What profit is it if we kill our brother and conceal his blood? Come, let us sell him to the Ishmaelites, and not lay our hands on him, for he is our brother, our own flesh.” And his brothers agreed. When some Midianite traders passed by, they drew Joseph up, lifting him out of the pit, and sold him to the Ishmaelites for twenty pieces of silver. And they took Joseph to Egypt.
​
The Word of the Lord.
Thanks be to God.
A Reading from Romans 10:5-15 read by DiAnn Ray
Moses writes concerning the righteousness that comes from the law, that “the person who does these things will live by them.” But the righteousness that comes from faith says, “Do not say in your heart, ‘Who will ascend into heaven?’” (that is, to bring Christ down) “or ‘Who will descend into the abyss?’” (that is, to bring Christ up from the dead). But what does it say?

“The word is near you,
on your lips and in your heart”
(that is, the word of faith that we proclaim); because if you confess with your lips that Jesus is Lord and believe in your heart that God raised him from the dead, you will be saved. For one believes with the heart and so is justified, and one confesses with the mouth and so is saved. The scripture says, “No one who believes in him will be put to shame.” For there is no distinction between Jew and Greek; the same Lord is Lord of all and is generous to all who call on him. For, “Everyone who calls on the name of the Lord shall be saved.” 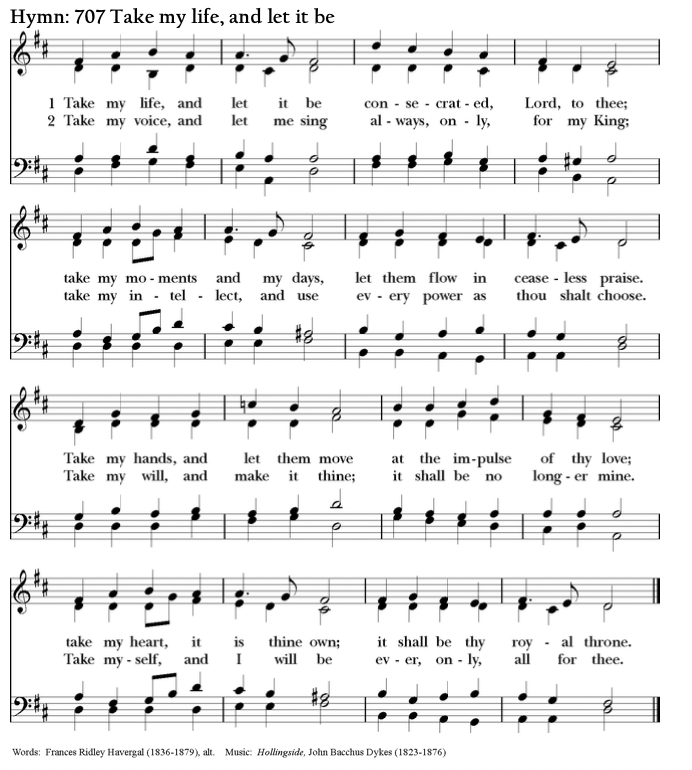 Jesus made the disciples get into the boat and go on ahead to the other side, while he dismissed the crowds. And after he had dismissed the crowds, he went up the mountain by himself to pray. When evening came, he was there alone, but by this time the boat, battered by the waves, was far from the land, for the wind was against them. And early in the morning he came walking toward them on the sea. But when the disciples saw him walking on the sea, they were terrified, saying, “It is a ghost!” And they cried out in fear. But immediately Jesus spoke to them and said, “Take heart, it is I; do not be afraid.”
​
Peter answered him, “Lord, if it is you, command me to come to you on the water.” He said, “Come.” So Peter got out of the boat, started walking on the water, and came toward Jesus. But when he noticed the strong wind, he became frightened, and beginning to sink, he cried out, “Lord, save me!” Jesus immediately reached out his hand and caught him, saying to him, “You of little faith, why did you doubt?” When they got into the boat, the wind ceased. And those in the boat worshiped him, saying, “Truly you are the Son of God.”

Grant to us, Lord, we pray, the spirit to think and do always those things that are right, that we, who cannot exist without you, may by you be enabled to live according to your will; through Jesus Christ.
A Prayer for Social Justice

Almighty God, who created us in your own image: Grant us grace fearlessly to contend against evil and to make no peace with oppression; and, that we may reverently use our freedom, help us to employ it in the maintenance of justice in our communities and among the nations, to the glory of your holy Name; through Jesus Christ our Lord, who lives and reigns with you and the Holy Spirit, one God, now and for ever. Amen.
​ 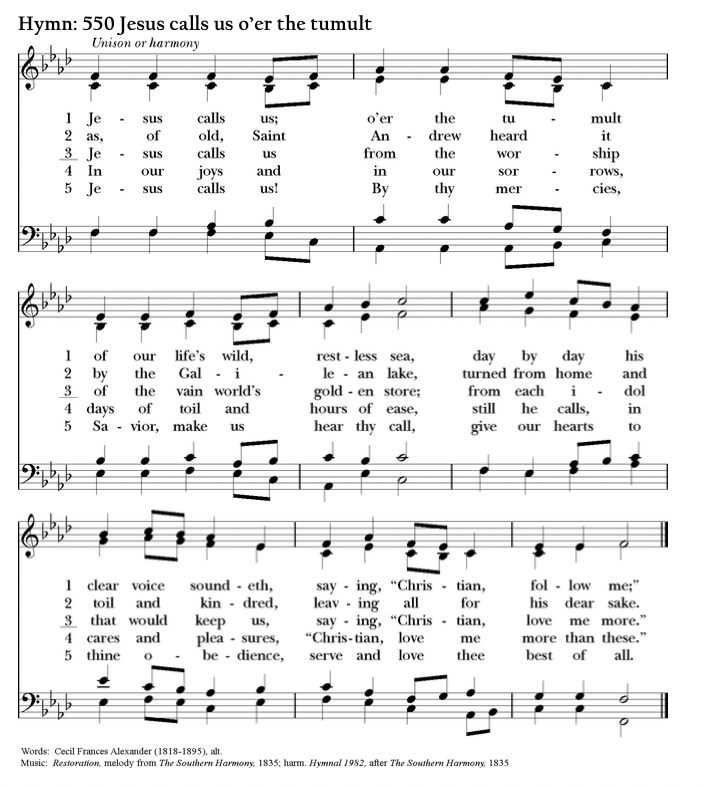 Prayers and Thanksgivings
​A Prayer of St. Chrysostom

Almighty God, you have given us grace at this time with one accord to make our common supplication to you; and you have promised through your well-beloved Son that when two or three are gathered together in his Name you will be in the midst of them: Fulfill now, O Lord, our desires and petitions as may be best for us; granting us in this world knowledge of your truth, and in the age to come life everlasting.

​Let us bless the Lord.
Thanks be to God. 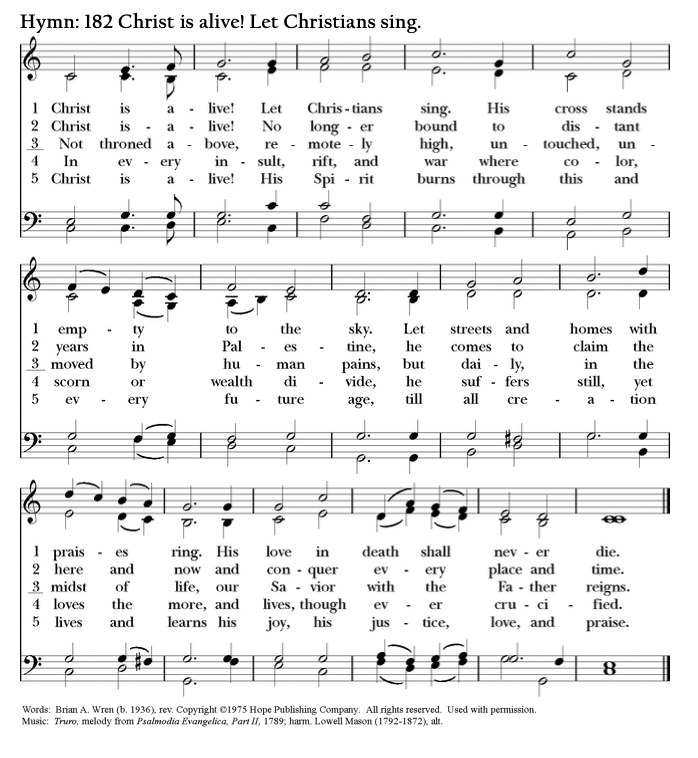 Those protesting racial violence and racial injustice.  Those participating in the Sacred Ground Series.

Those who have died:
Barbara, Joan, Margaret, Nancy, Robert, Terry
George, Ahmaud, Breonna, Philando & all those killed because of oppression, hatred or the color of their skin
Assisting in our service today